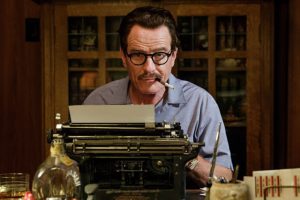 ‘Trumbo’ (2015) delivers a fine performance from Bryan Cranston as the famous Golden age Hollywood screenwriter, blacklisted during the 50s Communist witch hunts. But unlike the impeccable writing skills of Trumbo himself, the script suffers from mediocrity and a barrage of caricatures, namely Helen Mirren as Hedda Hopper. But in any case, ‘Trumbo’ is still a fascinating story of a writer who won two Academy awards under a forced pseudo name, even if it’s quite preachy at times.